When did people use the term #coding instead of #programming? Why? 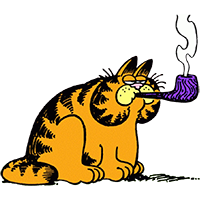 @veer66 to me, the term #coding means the ACTUAL writing code part, while #programming involves more stuff, such as setting up an environment, build tools, compiling, etc.
So if you're a programmer you know how to do a lot of those steps, including coding.

@tanukichi
I think the term coding was derived from the term source code.

programming was derived from the term computer programming.

@qwerty @veer66 sincerely I'm too young and english is not my native language so that's just my way of seeing it :P There's plenty of room for overlapping between the terms tho

@tanukichi
well I am looking at how would it evolve. Like who would say "I gotta write some source code" vs "I gotta program the computer"

@qwerty @tanukichi I am sure why this reminds me Z80 and its EPROM. 😹