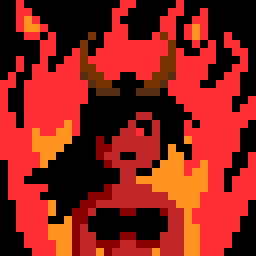 Since this gathering is multiplying, now is a good time for me to share the tomes of the underworld. My servant plucked these from witches.town proir to their untimely demise. Use this knowledge well; credit goes to the witches who provided them. Not I.

~If any of you have access to the rest of the former Library, I beseech you on the behalf of hell to deliver them here~

The X in Xbox stands for Christ. The first x, I mean. The other x is just an x.

@SuccubusQueen I could really go for a burger.

I do all my curses in hexadecimal.

My vessel is now versed in the art of sex rituals. They who wish to partake in, or learn of ,this sacred art my line is open. I promise my vessel is... "cute".

There are days that bode ill. But they shall pass and a new day is gifted you from the universe.

My vessel is proud of her find

this is for gays ONLY

Goodnight, I love you so much, please sleep well and be safe

Godddd stop spreading the propaganda that entry-level retail workers are punished for other people's shoplifting. They aren't! I've worked retail for 4 years at 5 different places (Walgreens, Target - at 2 locations, Sam's, and 2 local places) and have never heard of this happening. Shrinkage is considered part of expenses, entry-level employees aren't expected to stop shoplifting (and are more often explicitly told not to), and this is definitely against company policy at any big chain

I'm sure it does happen under the table or at small businesses, but people talk about it like it's guaranteed every time you nick a drink. It's fucking not, and by saying this every single time someone talks about theft you're doing exactly what the capitalists - including the ones who enact this policy - want. They're holding workers hostage and you're giving in to their demands

There are times where even a succubus wants to be pinned down and fucked hard until she's too damn tired to continue. And that time is... often.

Ah. This explains it.

scientists: so we created a system that lets people from all around the entire world communicate and share information with each other

capitalism: oh neat hmmmmmmm the only use i can think of for this is spying on people and extracting rent from people

science: thats what you do with everything capitalism!!

capitalism: yeah so what

My vessel is yelling to me about wanting to... and I quote... "Beep beep like a sheep". I think she may be a furry.